For people who work in mental health provision Robin Williams was a life saver. Often gruelling, unrewarding and grey, working in mental health is one of the hardest occupations a person can take on, so as a high profile sufferer Robin Williams – and other celebrities such as Stephen Fry, Ruby Wax, Alistair Campbell and Steve Wright – are powerful reminders that it’s not all grim housing estates and broken families – there is something like a glamorous side to it too. And in the untimely death of Robin Williams – who ended his own life after battling with the ramifications of a diagnosis of Parkinson’s disease – there is also the most powerful reminder that many of us live with perhaps an even bigger silent killer than depression: being suddenly faced with the reality of your imminent decline and mortality.

The World Health Organization estimates that about 121 million people worldwide have some form of depression, but while depression is exacerbated by poverty and a host of risk factors like unemployment, community violence or debt, everyone at some point has to face the terrifying reality of their own mortality, making being suddenly faced with it the biggest hidden disease of our age. Estimates put this ‘shameful’ reactive condition at 70% of the population, with a record number of people these days missing the assurance of reaching past the age of 120 and even fewer being able to enjoy the knowledge of making it up to 140. So let’s take the opportunity to reiterate some basic, but often ignored facts:

1. Being cognisant of your own mortality is not selective.

From Emperors to McDonald’s employees, no one has in the past, is in the present or will in the future be free from the possibility of such knowledge, including Alistair Campbell.

BSAOYOM can strike anyone because it is also an illness. Put simply, the brains of people who are racked by mortality-awareness are different, in situ, to those who are not. The upside to this is it can improve with medication. Famously, Aldous Huxley eased his passage to the angels with LSD, and George Best used Carling Black Label.

3. The condition is not always, but has the potential to be fatal.

It’s true that many people survive the sudden terror of facing their own mortality and go on to live for many months, even years, until the cause of their terror reaches maturity. However, many don’t. We have always argued that people suddenly made aware of their imminent decline do not kill themselves, being made suddenly aware of their imminent decline kills them. Some will get treatment and recover (as far as their deaths), others will get treatment but not recover, and it will kill them. Robin Williams was, unfortunately, in the latter camp – like so many of us.

2 responses to “The even bigger hidden disease” 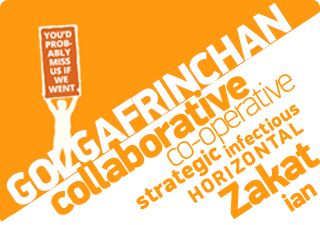